For those of you who do not know, Douglas Coupland is a Vancouver based Canadian writer and visual artist and so am I. He wrote about landfills and so did I, but that’s a story for another day. Today’s story is about sources of inspiration and techniques that we both explore and make the most of in our visual art practices.

Capturing with unrelenting precision the spirit of the “extreme present”, whether through his writings or through his visual art, Coupland frequently mentions the time aspect of a book in contrast to the spatial quality of a visual work.

The story of a written piece takes place and develops in time, to be discovered by the reader page after page. Visual art works are created within a certain space, being instantaneously fully experienced by the viewer in a given environment. Whether figurative, narrative, abstract, decorative, functional, etc., they are complete pieces, their impact is immediate, and they usually do not evolve in time.
Nevertheless, there are artists who create time-based art works, with elements that go through physical or chemical changes, such as biodegradation, oxidation, etc., over time. Having said that, at the same time a book may also be viewed as an object of art in space when created with both, written and visual narratives (i.e. cover and/or illustrations).

Most of the art pieces that I create are about color that inhabits well defined concocted shapes on well established surfaces. Indeed they are all about “space”. However, a few works of mine, mostly assemblages, contain by design time-based elements such as wires, metal pieces, metal mesh, newsprint paper, etc.
Similarly, the site-specific piece Gumhead, 2014, that Douglas Coupland created for his first major survey exhibit (Everywhere is Anywhere is Anything is Everything) at the Vancouver Art Gallery, was also a time related art work. It gradually transformed through the continuous application to the work of small chewing gum pieces by the viewer and passerby for the duration of the exhibit.

A strong element of Coupland’s practice derives from his fascination with popular culture. He is not only an artist that “reinvents” Pop Art strategies using new technologies but also a Pop Art theorist. He states: “Artists reframe our world in ways that allow us to aestheticize what previously was just the world. Andy Warhol said that once you saw the world as Pop, you could never look at it the same way again, and he was right.” Coupland, as Andy Warhol and Roy Lichtenstein before him, finds, explores and exposes the beautiful in the consumer world. Images of the banal become extraordinary and everyday life objects become subjects for exquisite works of art.
There are several Pop Art essentials that I experiment with in my own works. One of them is the easily identifiable color palette of the movement including the highly impactful fluorescent color combinations. I am also exploring the possibility of incorporating common items with a functional purpose or parts of them in my pieces. My intention is to create visual works that look abstract from afar, excite aesthetic senses, and attract through color. When experienced up-close, they should be able to convey the intended message or vision through the purposefully incorporated objects and materials.

Coupland, an astute cultural analyst, skilfully captures the essence of the age through his artistic endeavours. Whether through installation, painting, photography, prints, sculpture, quilts or wallpaper, “the 21st century condition”, as the artist calls it, reveals itself as an amalgamation of contemporary events, popular culture, new technologies, and art historical references in each and every piece.

In Coupland’s view, the 21st century has been fashioned overwhelmingly by the events of September 11, 2001, environmental degradation, and the omnipresent new technologies. Acknowledging the artist’s point of view, it can be extrapolated that the shaping of our present started at least a decade before the turn of the century. A massive campaign of politic manipulation led to a chain of nonsensical events after 9/11. The continuous exposure of humanity to irrational horrific wars and inconceivable psychological and physical torture has desensitized the global population. The general anxiety caused by the constant threat of wide-spread in-depth surveillance has become a collective paranoia. Technologies that were supposed only to improve our life have created a new and totally different one for us. Legislation expected to protect us and our environment has been manipulated to the contrary. The darker side of our global civilisation has expanded imprisoning us in our little insignificant personal universe.
I am exploring the darker side of the present through mixed-media paintings, collages, and assemblages that may incorporate manipulated images of significant current events and/or distorted computer generated images and/or discarded pieces of computer hardware and technological equipment. Through subject matter, composition, and materials, I create images intended to make the viewer aware of the condition of our humanity today. The aim is not to terrify but to stimulate a positive emotional and action oriented response.

Coupland has methodically researched Canadian cultural identity through a wide range of media. Using images and objects with symbolic meaning deeply imprinted into the unconsciousness of Canadians, the artist delineates what it means to be Canadian. He compares this revelation to a “secret handshake” that makes no sense to non-Canadians.

Cultural identity is a notion difficult to define in a world made more and more accessible and permeable by the relatively affordable and ready available ways of travel and by the Internet. However, there are certain socio-cultural and geo-environmental traits specific to a population that lives in a given location. They are familiar manifestations ignored or unnoticed by the respective population and totally meaningless to the outsider. Nonetheless, these characteristic enhance the uniqueness of a nation and confer a sense of belonging to the individual.
Unknowingly and unintentionally, I bring my cultural identity into my work through color and composition. It is a spontaneous, unavoidable and unplanned process. The richness of the color palette, the stylized geometrical forms, the curvature of the irregular shapes are reminiscent algorithms of an old culture deeply imbedded into my brain. It is an unconscious endeavour.
And, by the way, Douglas Coupland was born in Europe and so was I. So, I guess we have more than 4 things in common. But that is yet another story for another day.

P.S. Douglas Coupland studied art at Emily Carr University in Vancouver and so did I.
1 comment:
Older Posts Home
Subscribe to: Posts (Atom) 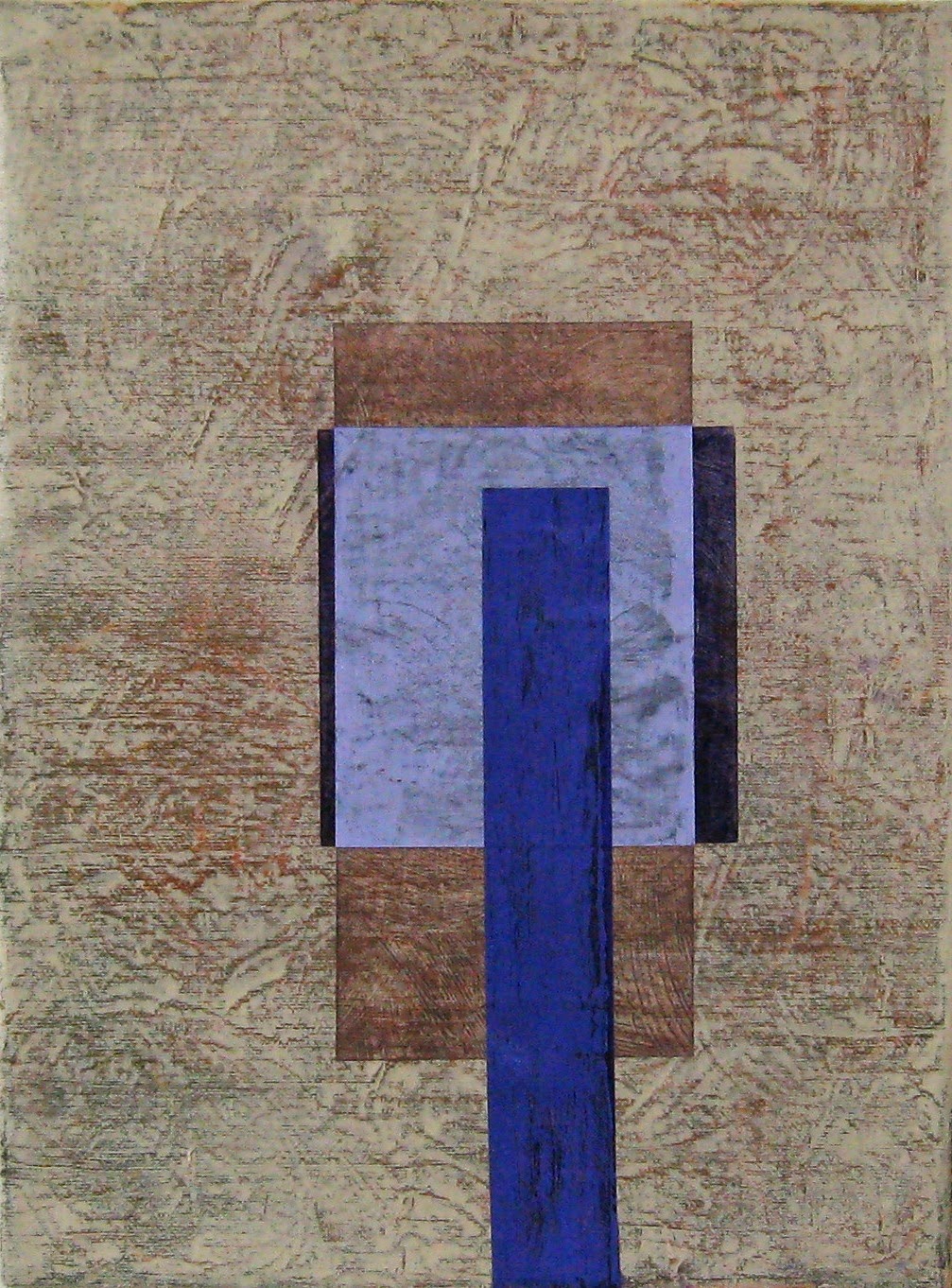 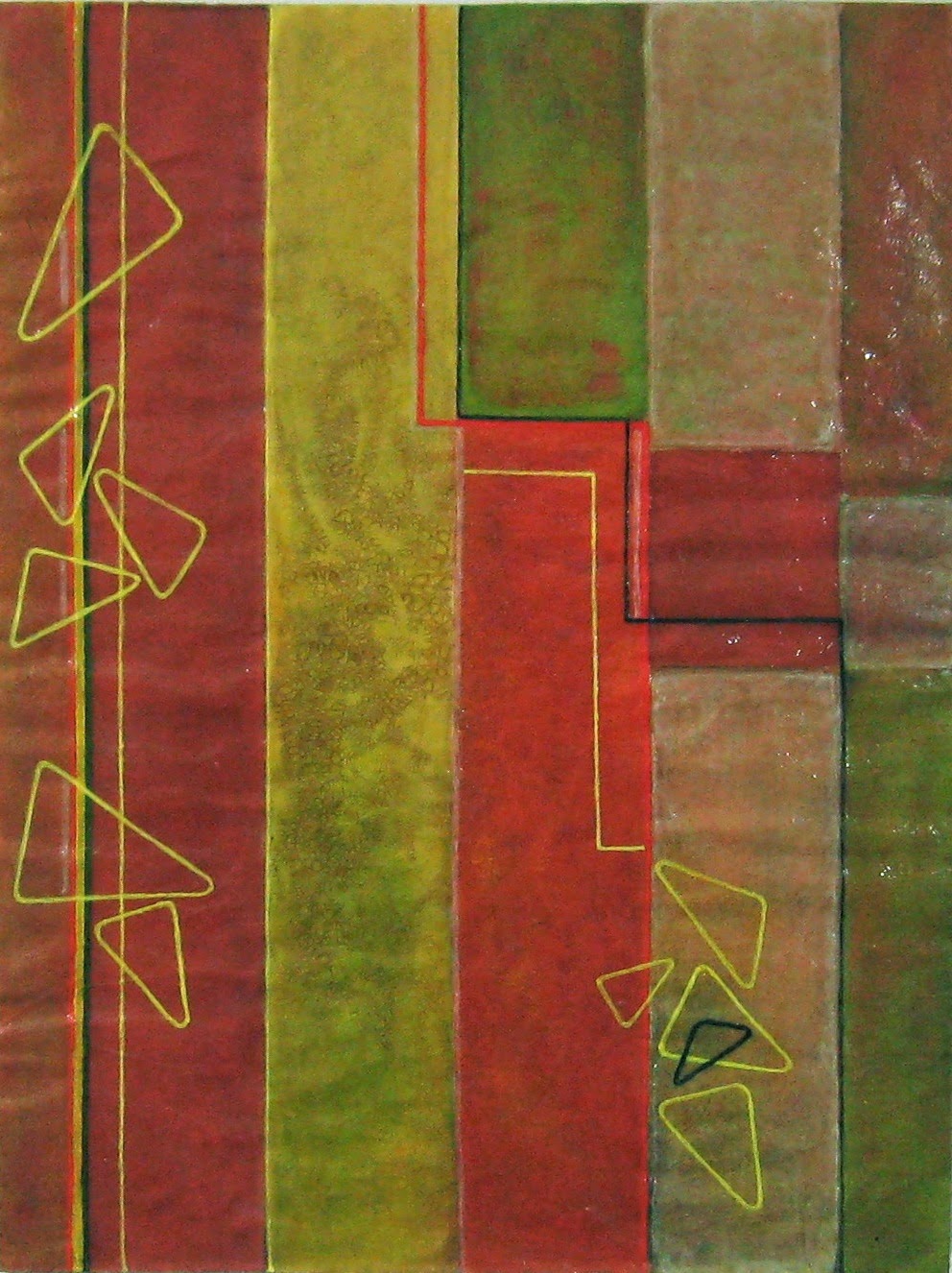